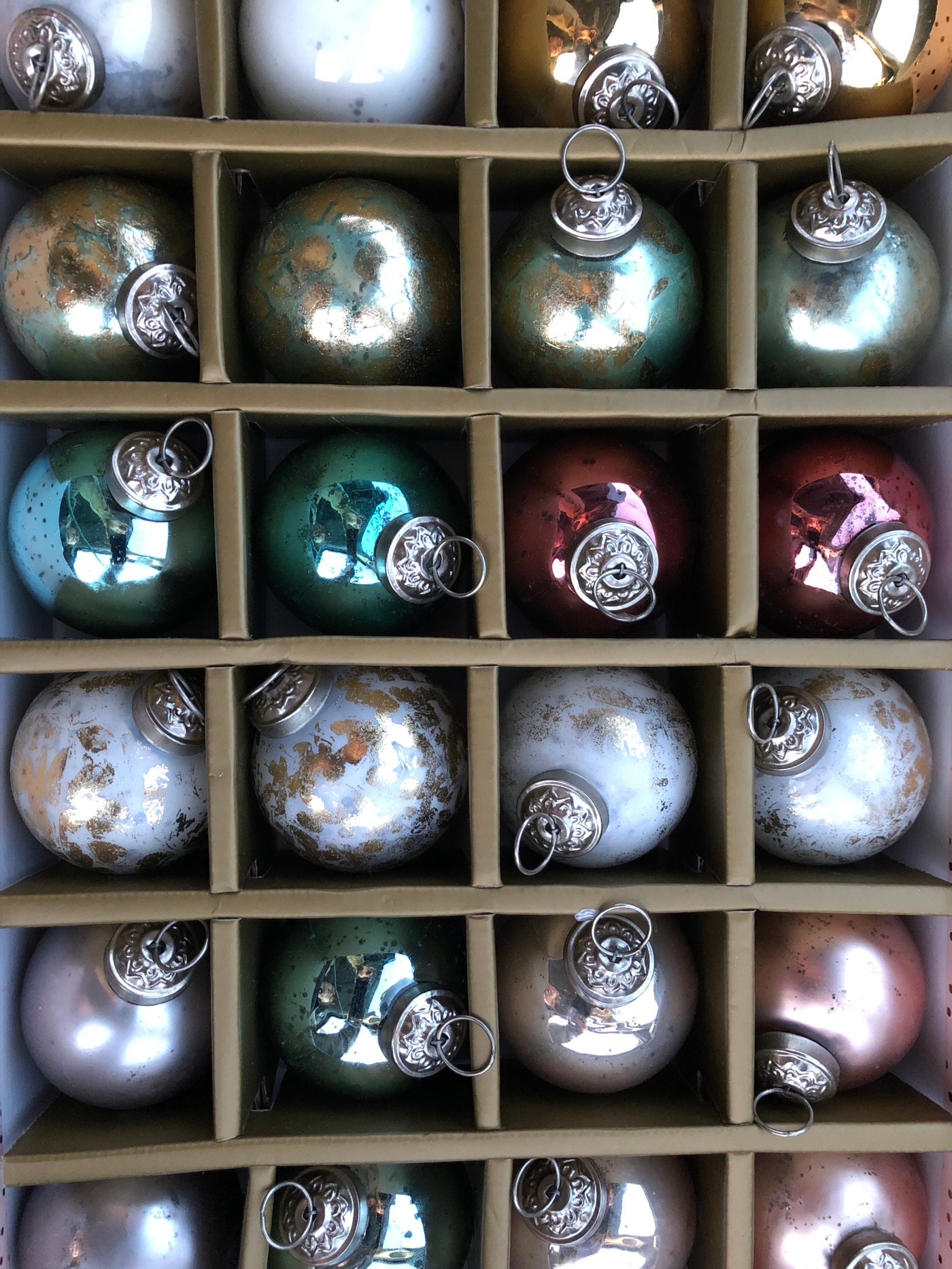 It is said that the first glass Christmas ornaments were made by Hans Greiner and Christoph Muller in a German town called Lauscha. This town was located in a region prime for making glass with plenty of nearby timber and sand. The story goes that one year around 1600, Hans didn’t have enough money to buy apples to decorate his family’s Christmas tree. So he used the materials he had on hand and blew glass ornaments to decorate the tree with.

It wasn’t until nearly 250 years later in 1847 when Hans Greiner (a descendant of the original Hans Greiner) produced glass ornaments that similarly resemble what we decorate our trees with today. He produced what is referred to as mercury glass or silvered glass. Mercury glass starts with the artisan blowing glass into a mold, which allows them to create detailed objects. Once the glass has cooled and been removed from the mold, the silvering process can be started. Usually, a mixture of mercury and tin was then inserted through a small hole in the ornament to coat the inside. The hole would then be sealed.

Obviously, the use of mercury was not the best of ideas. Once its toxicity was discovered, a compound of sugar water and silver nitrate was used to replicate the silvered effect. Early glass ornaments were usually in the shapes of fruits and nuts, the real version of which were typically used as tree decorations. Soon, artisans were making shapes like animals, birds, angels, and Santa figurines. These glass ornaments were often painted by hand.  Another popular early Christmas tree decoration was tinsel to replicate icicles. Soon, glass blowers were replicating these too. Strands of glass beads to string around Christmas trees were popular as well.